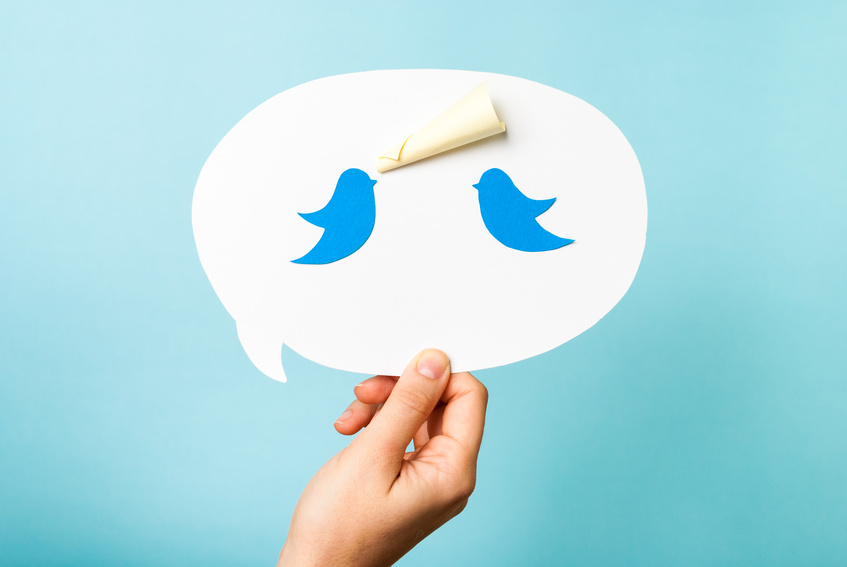 Regardless of where you fall on the political spectrum, no one can deny that President Trump is effective when it comes to getting noticed on social media, and especially on Twitter. His tweets get retweeted, responded to, and shared across the nation almost instantly. Why? President Trump uses emotion, adjectives, and branding tactics to appeal to his supporters and enrage his opposers. Both groups are actively engaged in everything he tweets because he knows how to connect with his audience.

So, if you’re wondering how to make a tweet go viral, head over to the President’s account page and take a look!

If you’ve seen any of President Trump’s tweets, or if you take a few minutes now to scroll through them on his account, you’ll start to see a pattern developing. He tweets frequently (about once an hour or so), commonly uses capital words, integrates his campaign slogan (“Make America Great Again”), and uses strong, clear, and targeted language. Before he was President, Donald Trump was a businessman, so he has a lot of experience when it comes to emotion and human connection. It’s clear that he uses those skills everyday when he creates tweets that go viral on his social media. 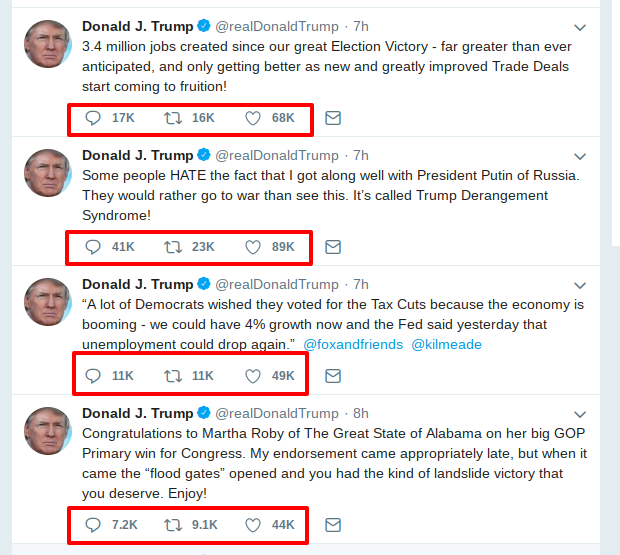 Isn’t it interesting that both Trump supporters AND opponents are actively engaged in everything he tweets? Regardless of who is responding or sharing President Trump’s tweets, it inevitably makes them more popular and drives more traffic to his page. His tweets spread like wildfire and his engagement and traffic skyrocket.

By using President Trump’s tweets as a template for your own, you can also start to see increased engagement from your own followers.

As we discussed in the paragraph before, there are a few essential elements of high engagement tweets.

Part of the reason followers or others on Twitter will share, retweet, or comment on a tweet in 2018 is because they recognize the brand or the person behind the tweet. Maybe your not a popular public figure like the President, but that doesn’t mean you still can’t be recognized. Set your Twitter profile pic as a close up of your face or your business logo, so every time you tweet something, people will see your profile image associated with it. You can also incorporate your business slogans or popular advertising sayings in your tweets to further ingrain your brand into your followers’ minds. 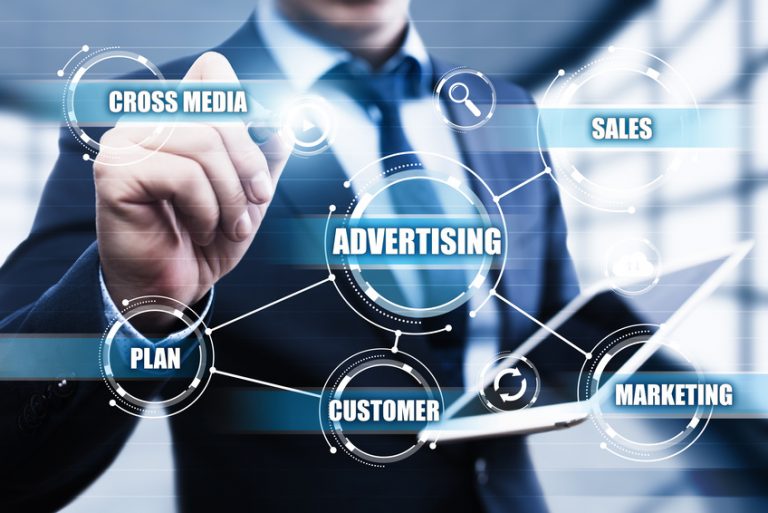 Don’t be afraid to clearly demonstrate your business morals and beliefs in your tweets as well. One of the ways your prospects and followers will get to know you is by how and what you decide to tweet out.

Also, don’t be afraid to ask your followers to retweet your tweet! Once they do, their followers will see and do the same, and so on. Don’t do this for every tweet as you don’t want to wear out your welcome. But making that request in a few of your best tweets is an easy way to up engagement.

Know Your Timing and Frequency

If you want people to see and engage with what you post, you need to make sure you’re tweeting at the right time. Twitter is a high traffic environment that’s always refreshing and loading new tweets, especially during a major event (like the World Cup or Presidential debates). You don’t want your tweet to disappear under everyone else’s, especially if you’re tweeting out important and valuable content.

With that in mind, when is the best time to tweet and with what frequency? Well, that’s a two-fold question. Part of it depends on when your followers are most active on Twitter and what you want to achieve in your social media marketing campaign.

A great tool that will help you decide when the best time to tweet is Tweriod. Tweriod looks at your tweets and your follower’s tweets to determine when the optimal time is for your tweets to be seen.

Regarding frequency, if you’re focusing on increasing your engagement per tweet, you will want to tweet no more than 1-5 times per day. However, if your goal is to just increase your tweet responses, you can tweet your heart out. The more tweets you send out, the more availability people have to voice their opinions on what you’ve tweeted.

Use Strong Language and Fonts

No one’s going to engage with your tweets if you have nothing interesting or compelling to say. Remember, people have short attention spans. And if they do give you their attention, they want to be rewarded for it. Your tweets should be worth the time it takes to read and engage with them. If you want people to take notice of them, they need to stand out, reach through the screen, and pull them in! Use capital words and strong adjectives to get your message across! You can also add images, emojis, gifs, and locations to further connect with your audience and capture their attention. 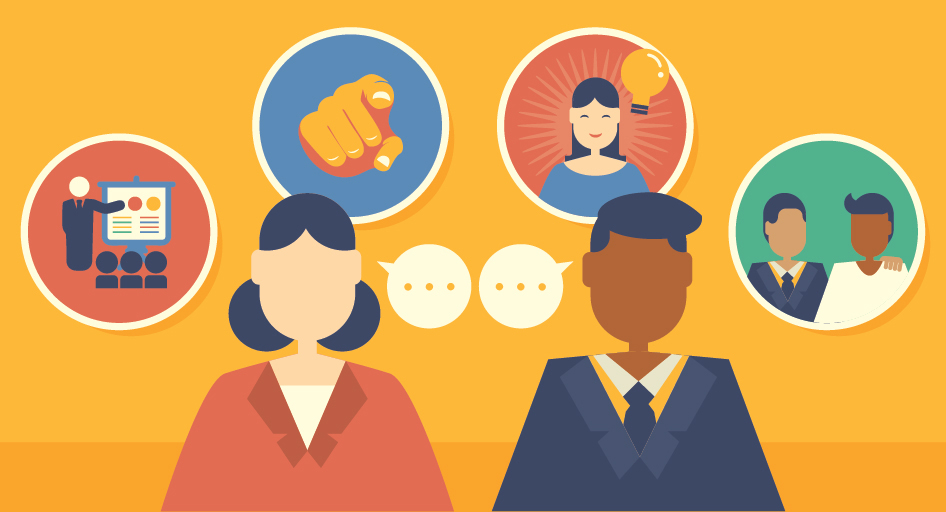 If you include a link to a specific webpage or article in your tweet, make sure you also add other text besides that link. Give your audience a preview of what to expect if they click your link or discuss your topic a bit. Give your viewers something to connect to so they want to click your link! The main objective with your language, font styles, and special characters is to personalize your tweets and make them stand out as much as possible.

Twitter is a great platform to increase your brand awareness within your target audience and get your messages out to the masses. The more effort you put into crafting your tweets, the better they will perform for you.

If you want your tweets to get noticed, you need to make sure they’re properly optimized to inspire action and emotion from your audience. Including these five tips in every tweet your post will help increase your follower engagement and grow your presence on social media.