We’re American Made And Proud Of It

We have never, not once, succumbed to the temptation that so many Internet service providers do. That is, to chase a cheaper price by going ‘off-shore’ for website design, custom programming, search engine optimization, content development or anything else for that matter.  Never, Not Once!

We get solicitations every day from companies in India, Pakistan, China, Russia, Turkmenistan and who knows where else, via email and phone. Most of these people can hardly write or speak English. We delete them or hang up immediately because, We Are American Made!  Always have been, always will be.

Everything we do for our commercial / industrial small business clients is proudly produced by dedicated Cazbah employees, all of whom are American citizens! Our #1 goal is to make you successful, by taking full advantage of the Internet as your primary marketing medium!

We’re Veteran Owned, Always Have Been

(A few words from our founder, Charles ‘Chaz’ Broersma)

Nobody asked me to serve my country. I did it voluntarily. I didn’t feel like it was my patriotic duty. Like so many of my peers at the time (1981), I was a naive and restless teenager who needed to get his life together. The US Air Force seemed like just the ticket. My father, who served during the Korean war, had many good things to say about his tour-of-duty in the Army and the courage and discipline that it taught him. So I figured, “Why not? I don’t have any plans for the next 4 years.”

Despite having a couple airplanes burst into flames next to me, putting the fires out and helping the pilots egress to safety, I don’t feel that my military service was particularly exemplary. Far from it compared to my brothers and sisters who fought, were wounded or died at the hands of a hostile enemy, on another continent somewhere.

I give my utmost respect to these brave men and women. My heart goes out to the true American heroes, many of whom still struggle with the horrors of war. They all served selflessly and we owe them a debt of gratitude for preserving the freedoms that we take so for granted.

After training, I was fortunate enough to be stationed at Bitburg AirBase in Germany from 1981 – 1983.

What a beautiful country and what an amazing experience.  At that time Germany was still a divided country.

Many may remember Ronald Reagan’s speech in front of the Brandenburg Gate on June 12 1987, where he uttered those now famous words, “Mr. Gorbachev, open this gate!  Mr. Gorbachev, tear down this wall!” 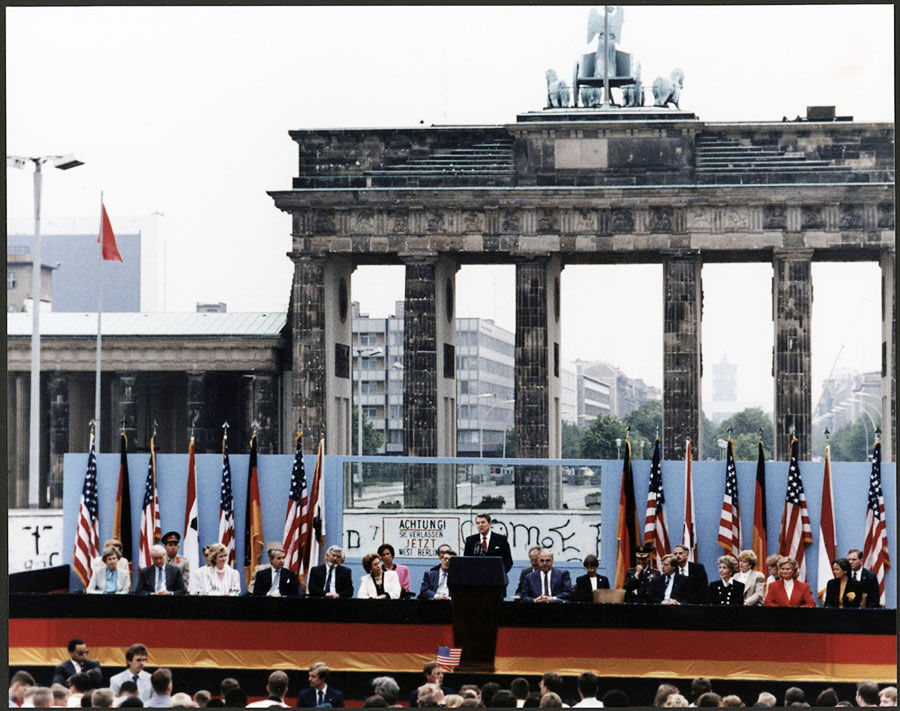 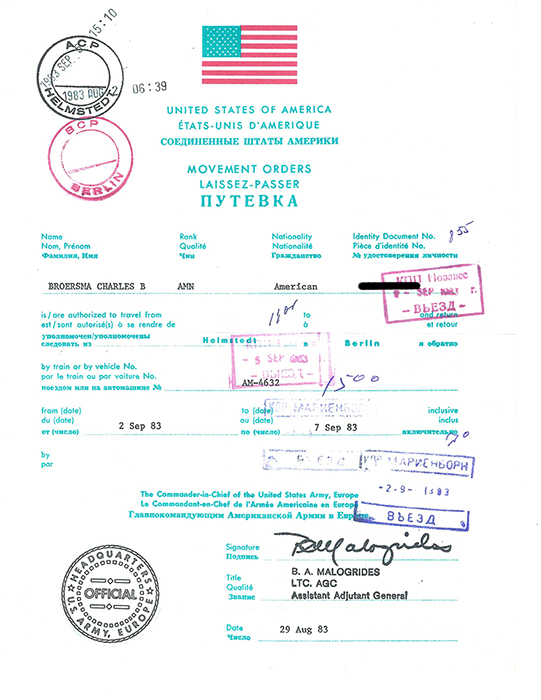 It wouldn’t be until two years later, as the Cold War was winding down, that citizens of the Communist GDR (German Democratic Republic) would be allowed to cross the country’s borders into the West.

One of the most memorable experiences of my time in Germany was a trip that I took to Berlin in the fall of 1983.  While I was there I had the opportunity to go into East Berlin through Checkpoint Charlie.

At the time, this entry control point was the only way into East Berlin from the West and vice versa.

You may remember Checkpoint Charlie from several movies that it was featured in including, James Bond – Octopussy, Bridge of Spies featuring Tom Hanks and Alan Alda, The Man From U.N.C.L.E., and Spy Game with Robert Redford and Brad Pitt.

I spent an entire day walking around East Berlin in my AirForce uniform.  We didn’t have a choice; we had to wear our Dress Blues if we wanted to go into East Berlin and we couldn’t stay there after dark.  There were only certain parts of the city that we were allowed to go into.  These were presumably the showplaces that the Communist government wanted us to see.

I still remember how dark, dreary and dirty everything was.  The East German people were genuinely miserable and refused to make eye contact or speak with me.  Many of the buildings still had bullet holes in them that were never repaired after World War II.  I can only imagine what the bad parts of town must have looked like. 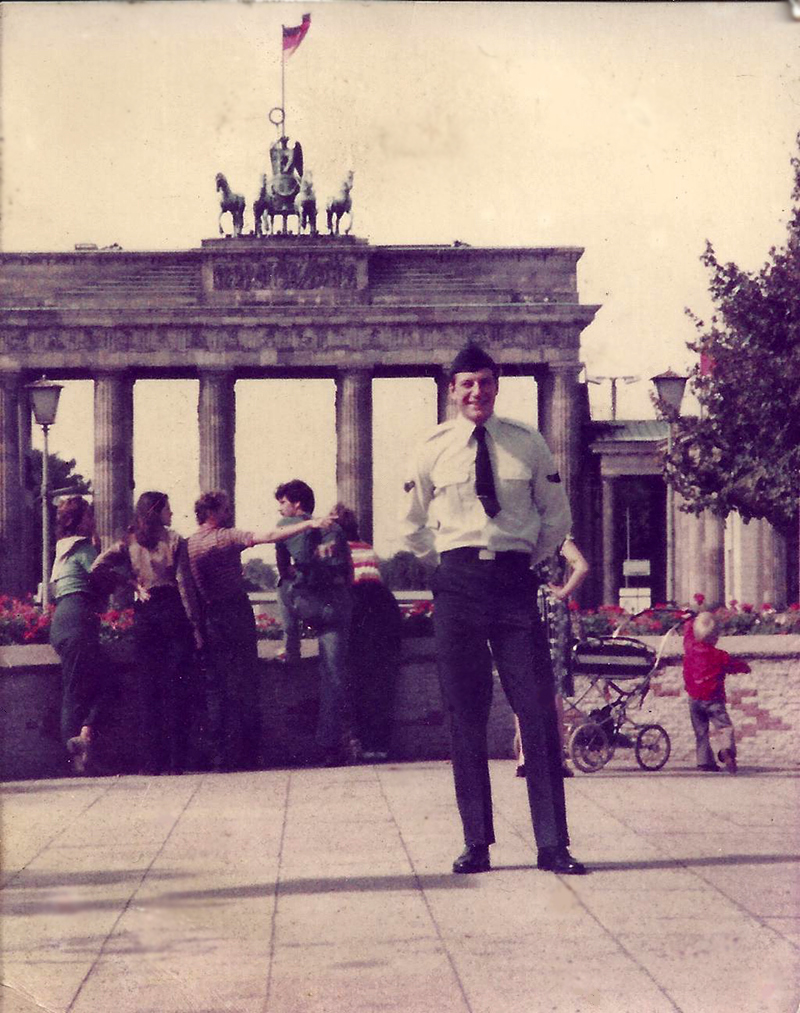 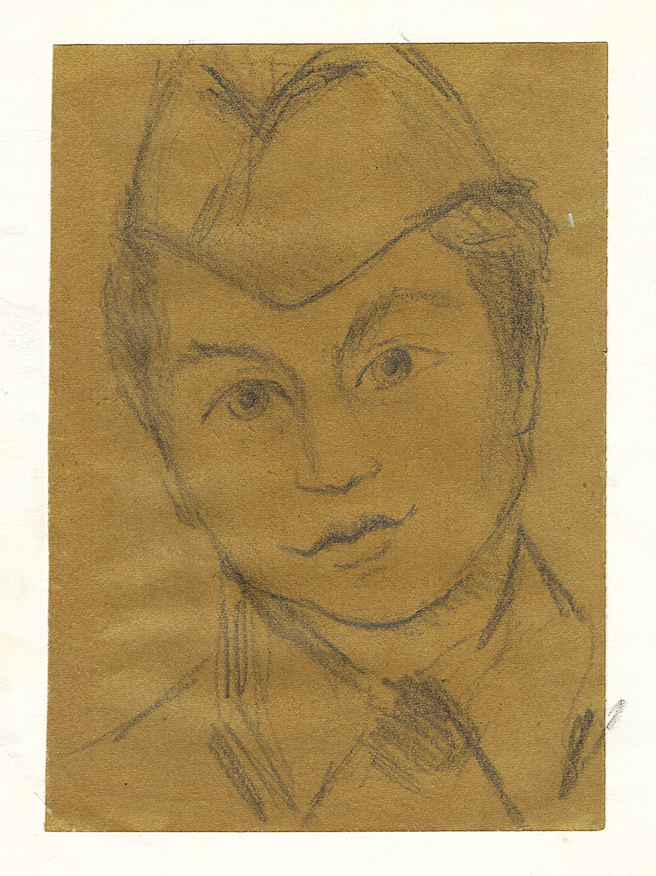 At one point I stopped and had a portrait drawn of me by a street vendor.

That experience still haunts me to this day.

The artist was a pretty blond-haired German girl, about my age, who could only speak broken English.  I could speak passable German so we were able to negotiate a price, which was something ridiculous like 5 Marks, the equivalent of about $1.75 at the time.  She refused to talk to me after I sat down and she seemed positively terrified.  She kept looking over her shoulder, as if someone was watching her.  It was very awkward and I kept thinking, “What’s the big deal?”

Little did I know at the time, it was highly likely that someone was watching her. Living in a constant state of fear was a normal part of everyday life for most East Germans. I found out later that the Stasi, the East German secret police, who had very close ties to the Russian KGB, took as their primary task, spying on the entire population.

They did this through a vast network of citizen informants. It wasn’t uncommon that a person’s parents, spouse, children or best friends would inform on them. They would stop at nothing to quell any opposition or resistance to the Socialist party line. It’s been reported that they jailed more than 250,000 people as political prisoners during their existence.

The Stasi was one of the most repressive intelligence agencies ever to have existed. If someone seemed like they might challenge their Communist dogma, the Stasi systematically destroyed their lives. They were gaslighters par excellence, shaming their victims socially, using blackmail, threats, and torture.

Hundreds of thousands of relationships, reputations, careers, and lives were ruined in the name of Socialism. It’s been reported that more than 1 in 3 East Germans were under surveillance during their reign of terror. And this was all before the Internet came into existence for personal and business use. I can only imagine what it would have been like if they had access to the Web for their nefarious purposes.

The Stasi treated the entire country of East Germany like a prison, where very few people were ever allowed to leave. This was all done for the East German people’s protection, of course (I’m kidding). Anyone who did attempt to escape was either jailed or shot. As if all of this wasn’t enough, they operated a secret prison, the Hohenschönhausen, where they brutally beat and physically and mentally tortured thousands of East Germans.

After experiencing what Socialism had to offer, up close and personal on that September day in 1983, it was clear to me that 1) This was the most repressive and totalitarian form of government rule I had ever seen, and 2) I wanted nothing to do with it, and I still don’t!

It was literally hard to imagine that people actually lived that way, until I saw it first hand! It was and still is shocking to me that people were being imprisoned in their own country, not allowed to leave, many of whom risked their lives in order to be free. 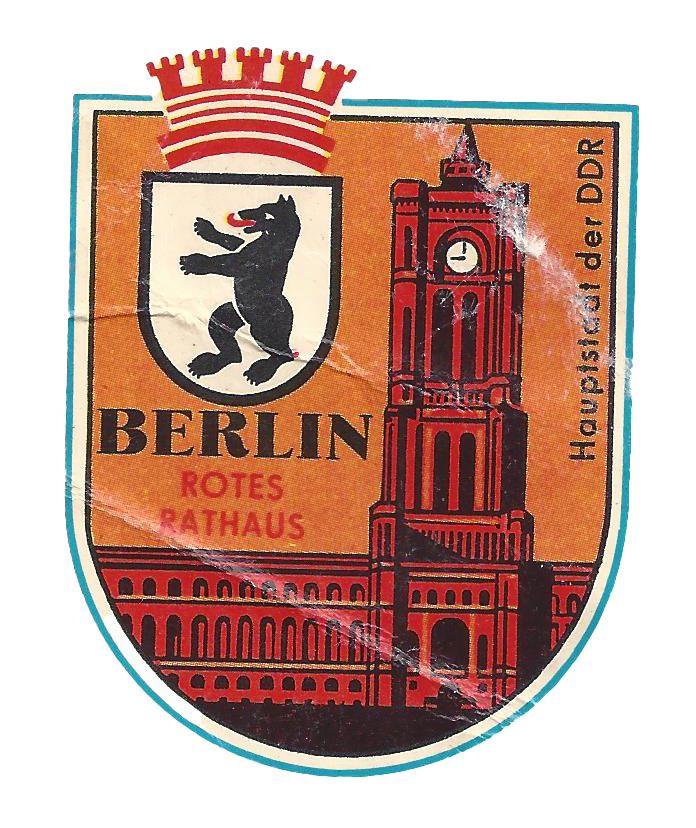 Today, we see and hear propaganda being espoused by certain parts of our citizenry in the name of Socialism. Some of these comments are eerily familiar to me because I’ve seen and heard them all before. I honestly believe that the people making the claims about the “virtues” of Socialism don’t-have-a-clue about what it’s really all about.

I have a suggestion for these new-age cancel-cultural revolutionists. Before you go all-in on Socialism, sit down and have a conversation, you know, the kind where you listen twice as much as you speak, with a former East German, or a Russian, or a Cambodian, or a Czechoslovakian, or a Chinese, or a Romanian, or a Yugoslavian, or a Venezuelan…(I could go on-and-on) and see what they think about Socialism.

And let us always remember the immutable truth, “Those who cannot remember the past are condemned to repeat it.”

Even as a naive and restless teenager, I was smart enough to know that the freedoms that are afforded to us as citizens of this Republic, are the envy of the entire world.  And that: “We hold these truths to be self-evident, that all men are created equal, that they are endowed by their Creator with certain unalienable Rights, that among these are Life, Liberty and the pursuit of Happiness.” – Are words to live by.

I am so grateful that I had the opportunity to serve, that I have the privilege of being an American entrepreneur, that I live in this great country and work with our amazing employees and awesome customers! – God Bless America!