“All data is created equal” has been the rallying cry around the net neutrality debate since talk of it’s repeal surfaced with the appointment of FCC Chairman Ajit Pai in January 2017 by President Trump. Pai has served a variety of roles in the FCC since his first appointment by former President Barack Obama in 2012 and was also part of the Verizon Communications Inc. Associate General Counsel from 2001 – 2003, among his other credentials.

As stated by Wikipedia, “Net neutrality is the principle that governments should mandate Internet service providers to treat all data on the Internet the same, and not discriminate or charge differently by user, content, website, platform, application, type of attached equipment, or method of communication”.

So far no official change has occurred, but if you are interested in reading the actual repeal proposal you can find FCC Document FCC-17-60A1 here.  Ultimately, the internet is one of the last relatively unregulated frontiers of communication, and there’s probably room for a middle ground change.

With debates on each side, there’s a lot of confusion and not many answers about the face of internet culture in the future. Right now, the best we can do is to remain educated on the net neutrality debate and voice our opinions to our representatives. 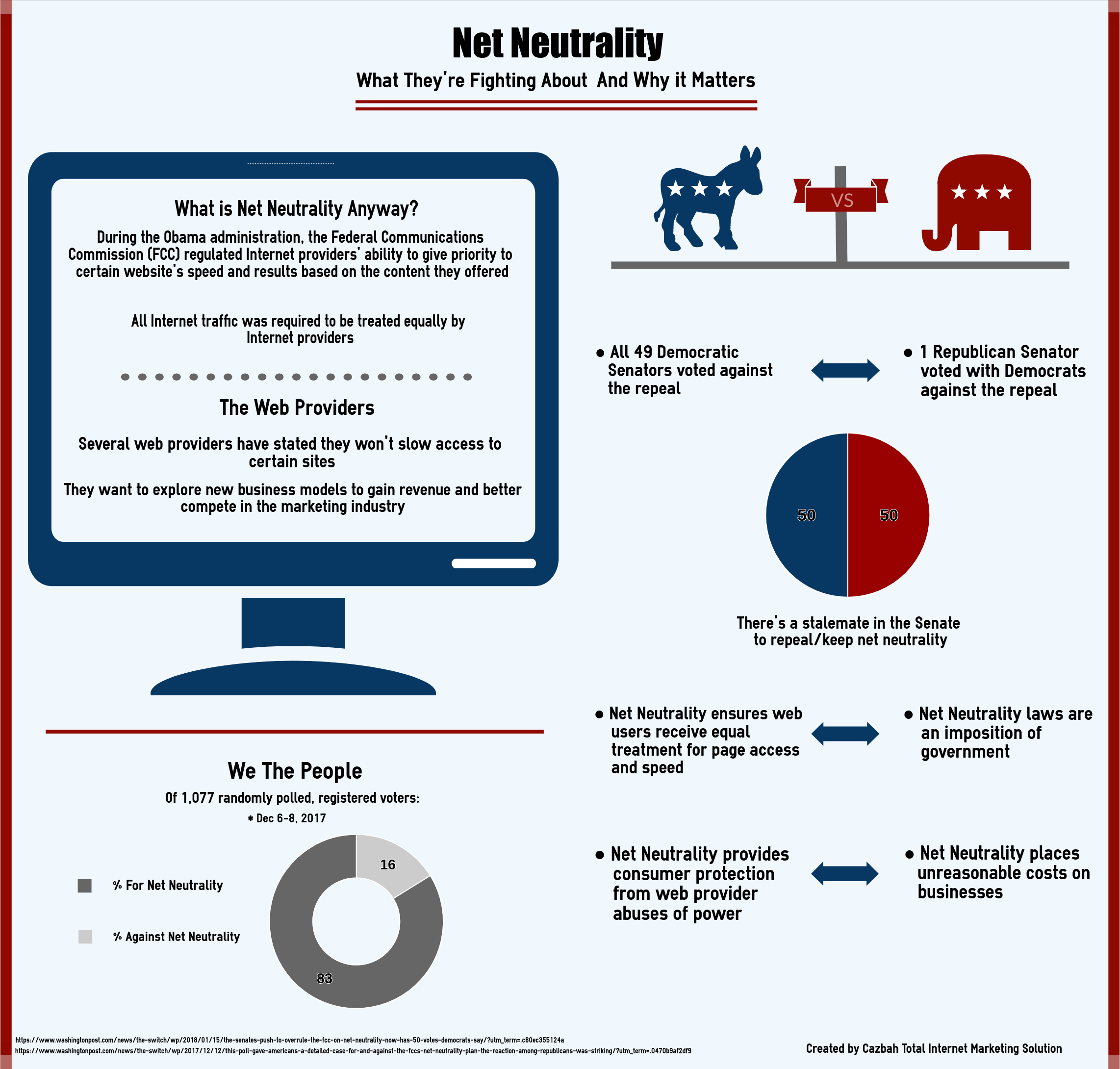 Let’s us know in the comments what you think the future of internet usage holds!

Want More Info on How to Grow Your Business?

Check out our website and get a FREE comprehensive analysis on why your site is not performing and how to fix it!

Check out our blog page for more useful articles on a variety of topics!