Before using Cazbah to boost Internet sales, Bell Racquet Sports sold through retail stores and advertised in trade journals. In 2002, Bell Racquet Sports developed a website that listed their products and provided a toll-free number to call for orders. However, it soon became apparent that having just a web presence doesn’t guarantee sales. What does boost sales is being found on the Internet when people are shopping for the best price and offering the convenience of online ordering.

“We probably could have taken the time to create our own eCommerce website and make sure our site was being found by the search engines,” explains Cate Bell, owner of Bell Racquet Sports, “but it was easier to hire Cazbah to get things rolling.”

Bell Racquet Sports faces a lot of competition on the Internet from considerably larger online retailers. It was vital that the company could be found quickly. Identifying the right keywords and making sure they appeared in the content resulted in search engine rankings that placed Bell Racquet Sports side by side with much larger companies.

What was crucial to Bell Racquet Sports’ online success was being found by search engines and getting ranked near the top. “Players shop by price all the time,” says Cate, “and if we didn’t appear on the first page of the search engines, there was no way we could compete against larger outfits.” 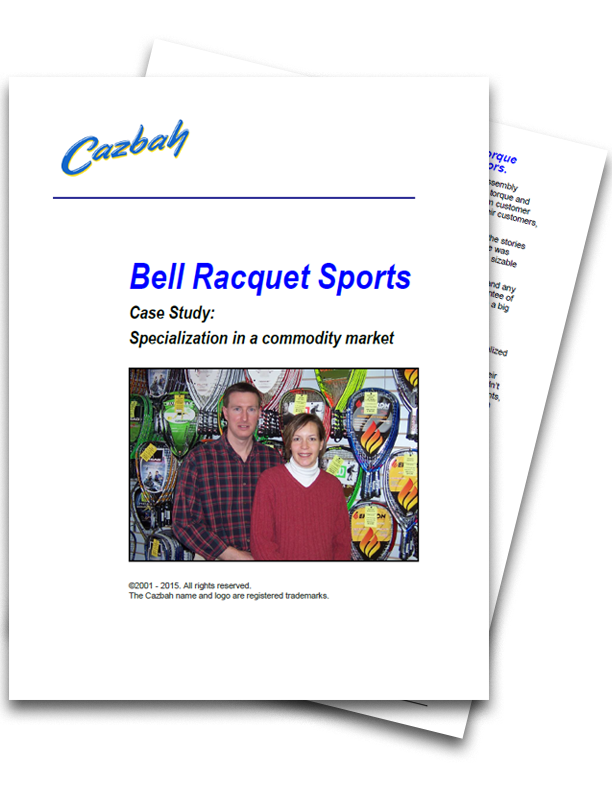