This is STUPID SIMPLE – Save your Money and Shoot your own Video!

So, here’s the deal, video is a HUGE and growing interest area / communications medium on the Web. And it’s not going to slow down anytime soon. The problem; Actually making the videos… At least that was my problem. I knew that I needed to get going and start recording some videos.

After all, YouTube was formed back in February, 2005 by Chad Hurley, Steve Chen, and Jawed Karim, 3 former PayPal employees. Since then, YouTube was acquired by Google Inc., in October 2006 for the paltry sum of $1.65 billion in Google stock!

In January 2016, YouTube expanded its headquarters in San Bruno, CA by purchasing an office park for $215 million. The complex has 554,000 square feet of space and can house up to 2,800 employees. Hmmm, Still have any questions about whether video is a big deal or not?

I should also point out that YouTube is The Second Largest Search Engine on the Internet (Great Infographic) and processes more than 3 billion searches per month! 100 hours of video are uploaded every minute. It’s bigger than Bing, Yahoo!, Ask and AOL combined! Any questions?!

Back to the issue at hand; You NEED to start recording videos for a lot of reasons, not the least of which is, it gives your prospects and customers the opportunity to see you, get to know you and by doing so, start to build a trusting relationship with you! 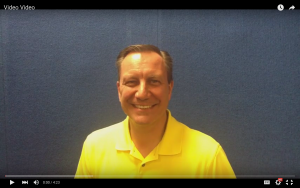 Like I said, It is STUPID SIMPLE to record your own videos and you don’t have to spend a Ton of Money to do it.

Here’s the video introduction that I recorded for this blog post. As you can tell, I am NOT a professional Videographer. I’m sure my videos will get better with time as I lean more about technique, sound and lighting, etc.

I’ve worked with video professionals over the years, and I’ve spent thousand of dollars, to have them shoot a 1 (one) minute intro video and a 2 (two) minute tradeshow video (I’ll bet I can do better myself).

So, let’s get to what you need, to shoot your own video:

First, you need something to capture the video with like, a camera. I was struggling with what to use. I had some outdated video recording equipment that I had used in the past to record Customer Testimonial Videos 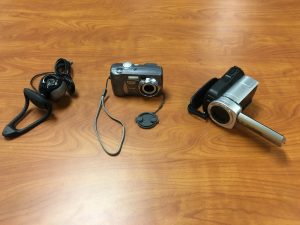 You see, I’ve always known video was a Big Deal!

As you can imagine, I spent a bunch of money for that stuff. Afterall, they were State-Of-The-Art, back-in-the-day! I don’t think I could give them away now…

My dilemma; Was I going to have to go spend a whole bunch more money to get back in the video game? Answer: Nope!

A friend of mine, John Nemo (Neeeemo), the founder of LinkedIn Riches, shared a post on LinkedIn that basically outlined how to do professional quality video, on the Cheap! John knows what he’s talking about! If you are interested in learning how to take full advantage of LinkedIn, you need to check him out!

John has a TON of FREE stuff on his website, including how-to videos, step-by-step blog posts, downloads, and don’t miss out on his best selling book: LinkedIn Riches: How to Leverage the World’s Largest Professional Network to Enhance Your Brand, Generate Leads and Increase Revenue! I personally have dramatically increased my sales, through the use of the principles I leaned from John! 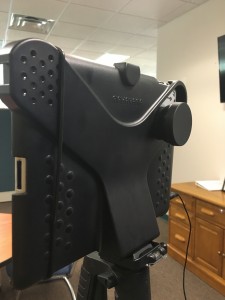 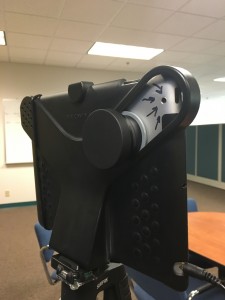 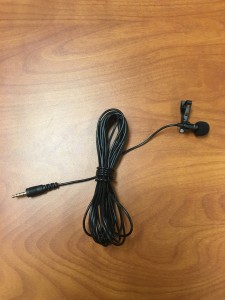 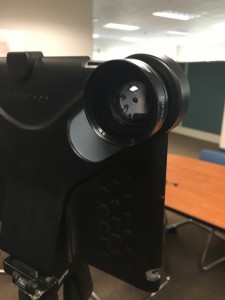 Second: You will probably want to get a microphone. You don’t need one but, it helps. Makayama offers a variety of accessories like, lighting, boom microphones and additional lenses too.

I chose a lapel microphone with an extra long cord because, I think it is going to work best for my application. I bought a Premium Lavailer microphone PowerDeWise + BONUS 78″ (2m) which, I also found on Amazon for $15.95. 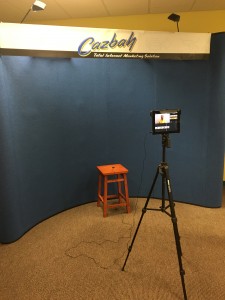 I had a pretty good Tripod, from back when I was shooting Customer Testimonial Videos which, I probably paid about $100 for.

For a setting, I chose my tradeshow booth. I had it set up in an open space in our offices so I figured, why not. It provided a great contrasting backdrop and it was our company colors. Well, that and the fact that I was wearing a lemon yellow shirt (yikes).

Third: You are going to need to edit your video. Once I shot my video, I knew I was going to have to edit it, because no one ever get’s it on the first take, especially Me! Maybe John Nemo does. He’s pretty good! 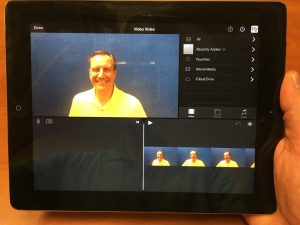 I downloaded iMovie from the App Store for $4.99. iMovie is Super Easy to use. Once you spend a little time with it, you will find that it is very intuitive and easy to learn how to use.

I was in Business, ready to shoot my own video, for under $100! How COOL is that?

You can link to your video on YouTube from pretty much anywhere, website, blog, LinkedIn, Facebook, etc. I’ll cover the specific details on how to do that in another video & blog post in the near future.

For now, you have everything that you need to start to shoot and publish your very own Videos! Like I said, recording your own Video, IS STUPID SIMPLE. I say that because, if I can do it, You can do it!

So what are you waiting for?! Go Shoot Some Video!