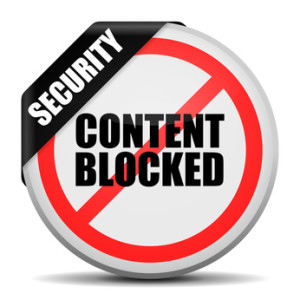 Content blockers have been making headlines in the digital space recently. Ad blocking technology is growing in popularity at an alarming rate and could potentially have a huge impact on the way we advertise online.

Content blocker is a piece of software that blocks display ads, videos, cookies, images, resources, pop-ups, and other content. One of the most popular versions, Adblock Plus, is a free extension that allows you to finally block annoying ads, disable tracking and block domains known to spread malware. Available for Android, Chrome, Firefox, Internet Explorer, Maxthon, Opera, Safari and Yandex, Adblock Plus uses filters that you choose to block all unwanted elements.

Content blockers have been around for a few years now, but they used to be limited to desktop devices only. They were hard to install and clunky to run on mobile devices, so publishers had been banking on growth in the mobile space. Then in June 2015 at the annual developer conference, Apple revealed its new operating system iOS9, which will allow ad blocking on their search engine, Safari. With iPhone being the leading mobile device right now this is huge.  A recent Wired headline read “Apple’s support of ad blocking may upend how the Web works.”

What Does This Mean for Advertisers?

There is one silver lining, content blockers do allow some ads through its firewall. They accept ads they deem acceptable. Each content blocker has it’s own list of strict criteria that advertisers need to follow. The criteria essentially eliminate most of the ads on the market today, rolling back ad technology to the 1990s: text only, no animations, no popovers, no placement in the flow of text.

Websites must apply to get “whitelisted,” and an Adblock Plus employee then works with the site to make sure that the selected ads comply with the criteria.  The whitelist is how the company makes money. Some ad blockers charge large for-profit publishers a cut of ad revenues to be on the list.

But That’s Not All

If you think that is terrifying, listen to what mobile carriers are plotting. Mobile operators like Verizon and AT&T, are testing new technology that could shake up digital ads even more.

Mobile networks are becoming increasingly stressed by data-heavy ads that constantly ping their towers for location data. They are developing software to allow mobile operators to block ads even before they hit users phones, both in browsers AND apps. Imagine this: A mobile operator agrees to lower a user’s bill if they install ad blocking, which will free up network resources. There are rumors that this is already in pilot testing with certain carriers.

These changes could cause a major disruption in the way we advertise online. We could potentially see lower inventory, and higher rates for display advertising and remarketing due to content blockers. Small businesses will be the ones who suffer most.